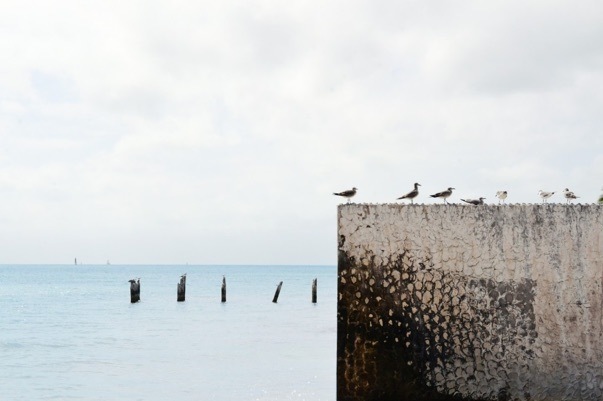 Are you comparing yourself to Mark Zuckerberg, Sheryl Sandberg or Steve Jobs? Is this bringing you happiness?

Most people compare themselves to others. All the time. It’s a totally ingrained way of how we go through life. Buddhist teachers such as Jack Kornfield call this “the Comparing Mind”. This is very similar to the American saying “keeping up with the Joneses” — making sure that our house, car, education, career, power, image, smartphone, clothes, vacations, food, music, spouse, golf clubs, pets, children, cocktails, health and handbags are at least as good as our neighbors’. And in übercompetitive Silicon Valley, the Comparing Mind is seen everywhere.

People tend to compare on “comparables” — things which an outsider can easily observe. About 95% of all postings on Facebook address the sort of things we love to compare!

But in a TIME magazine poll, 60% of respondents said they do not feel better about themselves after spending time on social media. No surprise there — your Facebook friends most likely share their lives’ highlights, not the lowlights. For example, when I was newly single, I was very careful not to post anything on Facebook at 10 PM on a Saturday night, lest people realize that I was lonely at home at that time. Some time later, however, I made sure that all my Facebook friends saw when I was dancing samba in Rio de Janeiro.

1). No matter how hard you try to manage your “personal brand” to show off your fun life, “keeping up with the Joneses” is a great recipe for you to be unhappy. It’s not that you should not try to keep up. It’s that trying to keep up does not bring happiness. In part, that’s because someone will always have more than you.

2). The comparisons you’re making are probably not even fair to yourself. I’m guilty of this myself — I don’t compare myself to my classmates from high school in Nebraska or college in Iowa. Or even the people I studied with at Stanford’s Graduate School of Business. No, I tend to compare myself to some of the very most successful people who’ve ever attended Stanford’s business school. (To be really fair to myself, I’m satisfied with my career, as I discuss in my first blog post, “The Farmer’s Luck in Silicon Valley”, which went viral.) Yes, amazingly successful people in business do exist, and I know seven billionaires personally, but it’s silly for me to feel inadequate about myself because I have not created a global company worth billions.

But ironically, it’s very hard for one person to be able to make any sort of fair judgement on another person, anyway, precisely because we don’t know the other person’s journey. The Comparing Mind is futile. The Judging Mind is, too.

Why is it hard to avoid “the Comparing Mind”?

1). For most people, life is full of real and intense competition. This starts in our educational systems, where students are often “graded on a curve”. Later, in the workforce, managers have to compare multiple people vying for a promotion, and decide who gets the better job. There are real consequences determining who gets hired, who can afford the luxury condo, who gets the Tesla convertible. And whose startup goes bust. (In the Normal World outside of Silicon Valley competition might determine who gets any job? Who gets to keep his home? Who can afford to feed her children?)

2). Heroes, leaders, and role models often inspire us with their amazing courage, skill, dedication, and luck. You become motivated and say to yourself “If she can do it, so can I!” That’s great, but don’t let this other person become your obsession. Instead, find your own truth, on your own path. After all, even if Mark Zuckerberg set out to become Bill Gates, he ended up becoming Mark Zuckerberg. ; – )

But this does not bring happiness.

In my next blog post, which you’ll find here, I’ll explain some benefits of avoiding the Comparing Mind.

[ OK. OK. So maybe you’re feeling a little “sick” now. If you want some “medicine”, learn more about my happiness workshop “Live Before You Die! Find Your Pleasure, Purpose and Peace.“. 😉 ]

This is my second blog post. I really appreciate your feedback. Please email me to let me know what you think, and what other topics you’d like me to address. And I’d love if you connected to me on LinkedIN, or followed me on Twitter. Contact me here. Thanks! Jim

Jim McCarthy teaches people how to create their happiness. He is a thought-provoking TEDx speaker and #1 bestselling author of the book Live Each Day: A Surprisingly Simple Guide to Happiness. He has presented his innovative and highly acclaimed “Happiness Keynote” to organizations of all sizes across the U.S. and internationally.

His talks aren’t just inspirational. Audiences take away practical strategies, science-based insights, and daily action plans — because happiness is a skill you can develop. Jim is recognized for his unique perspective — as a Stanford MBA, internet pioneer, and person living with a cancer diagnosis.

Jim’s session turned out to be a high point of our 2-day event. The team deeply appreciated this focus on their well-being, and many folks commented to me on the power of Jim’s personal story. I’m very happy we did it and I would recommend it to others.

Jim's Happiness Workshop was a tremendous experience. I highly recommend to others that they do this!

Brian Rumao
Chief of Staff to the CEO, LinkedIn

Thoroughly enjoyed Jim McCarthy’s Happiness Workshop, which introduced new, thought-provoking lessons. Already find myself adopting several of the practices every day. Highly recommended to anyone looking for an impactful and self-reflective session.

Jim is an amazing source of wisdom about sourcing, evaluating, hiring, training, motivating and mentoring teams. He built and ran two very high performance, valuable teams for me while we were at BlueLithium and Yahoo! together. I can’t recommend him strongly enough to companies looking to get more out of their employees.

The work we did in Jim’s workshop was an unexpected joy. It helped me to feel renewed gratitude for the life I’ve been able to live and that I’m living now.

“Jim’s Happiness Workshop not only taught us the many benefits of increasing our happiness levels, but he also shared simple, practical methods that we can use every day to achieve this goal. The feedback after the workshop was overwhelmingly positive, and I highly recommend Jim’s workshop for anyone looking for a transformational experience.”

Simple, yet powerful. It was the perfect closing for our Panama YPO presidential retreat.

To honor LGBTQ+ Pride Month and the 50th anniversary of the Stonewall uprising, I’d like to share … END_OF_DOCUMENT_TOKEN_TO_BE_REPLACED

I was delighted that the amazing Reena Jadhav chose to interview me for her podcast, entitled … END_OF_DOCUMENT_TOKEN_TO_BE_REPLACED

Do you have a “bucket list”? A lot of people maintain lists of things they want to do, be, or … END_OF_DOCUMENT_TOKEN_TO_BE_REPLACED

I remember working very hard for a Silicon Valley start-up. One day I heard the founder/CEO say in … END_OF_DOCUMENT_TOKEN_TO_BE_REPLACED

Think for a second about the older people you know – whether they’re your parents, neighbors, … END_OF_DOCUMENT_TOKEN_TO_BE_REPLACED