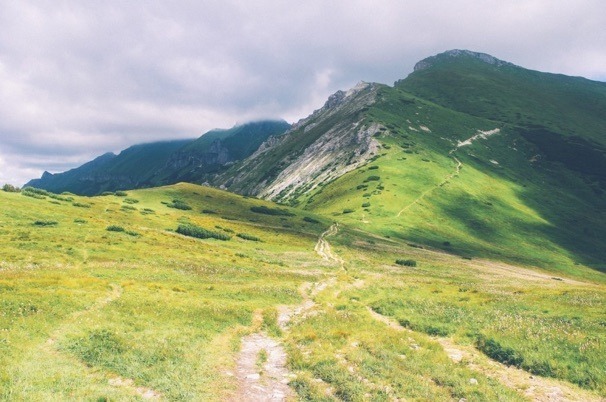 On February 19, Facebook announced that they were buying the startup WhatsApp for a total value of $19 billion dollars, making this an astonishingly large acquisition of a 5-year old company with only 55 employees.  I have my own opinions about the acquisition. But what fascinates me is that both of the co-founders of WhatsApp – Jan Koum and Brian Acton – were earlier rejected when they applied for jobs at Facebook, back in 2009. (In fact, Acton was also rejected when he applied to Twitter that same year.) I would imagine that both Koum and Acton were sad or disappointed when Facebook did not hire them. After all, most people don’t bother interviewing with a company unless they want to work there.

But this “bad news” for Koum and Acton led directly to something which has turned out to be “far better”. If Koum or Acton had gotten hired by Facebook in 2009, it’s hard to imagine that either one of them would have ever been able to do anything as impactful by working inside of Facebook. Five years later, they’ve delighted a couple hundred million consumers, and built a wildly successful company. (In full disclosure, I personally know Brian Acton, as well as Sequoia Capital Partner Jim Goetz, who was the only venture capitalist given the opportunity to invest in the company.)

The reality of Koum and Acton turning defeat into victory reminds me of “the Farmer’s Luck” story, which I love to tell as part of my Happiness Workshop, entitled “Live Before You Die! Find Your Pleasure, Purpose and Peace”.  It’s the tale of a farmer in China, long ago. One day the farmer’s only horse runs away. All of the farmer’s neighbors say “Oh, what bad fortune!”

Then, the next day, the farmer’s horse returns to the farm with a wild stallion. Now the farmer has two horses.

Then, the farmer’s only son needs to tame the wild stallion. In the process, the son is thrown off the horse, and the young man breaks his leg.

“Oh, what bad fortune!” all the neighbors say.

A couple of weeks later, the army comes into town, to round up men to fight in the war. The farmer’s son cannot join the army, because of his broken leg.

“Ah, what wonderful fortune that your son cannot go to fight in the war, because he broke his leg, because he was taming the wild stallion, because your first horse ran away in the first place!”

As you can see, we can extend this story as long as we want. And even though we can view this story as funny, or silly, or absurd, I think it’s a vivid illustration of how we think about our lives – we believe we really understand what’s going on, and we tend to immediately judge events as “good” or “bad”. Perhaps we have a psychological need to feel like we’re in control of our lives, and to have strong opinions on what is happening, and the impact we have on our health, careers, families, friends, and communities.

There is also a lot of common wisdom in our culture, which underscores the Farmer’s Luck story. For example, we have sayings such as “Every dark cloud has a silver lining”, “It’s a blessing in disguise”, and “the Lord works in mysterious ways”. Taken to a greater extreme, we have the saying “It all worked out for the better”. I find this amusing, because it presumes that the result was “better” than what it would have been. But how would we have known? For how long?

My point is not that we don’t ever have desires, or dreams, or things for which we strive. And it’s totally normal to have an opinion on events, especially when they seem to be true tragedies — be it a death in the family, the loss of employment, a terrorist act, a health crisis, or financial ruin. But even in the most extreme cases, people can find a way to rise to the challenge and make meaning out of their suffering. As American preacher Charles Swindoll says, “Life is 10% what happens to you and 90% how you react to it.”

It’s easy for me to think about my life, and the events which I thought were hugely “bad” or “good”. As I graduated from Creighton Prep, a Jesuit, all-boys high school in Omaha, Nebraska, I was supposed to get a full ride scholarship to Georgetown University. At the last minute, the Georgetown financial aid office told me that yes, I won the scholarship, but no, I was not going to get any financial aid. My parents were not in the position to pay Georgetown tuition, and I was devastated to realize that I was not going to study political science in Washington, DC. As a result, I ended up going to the University of Iowa, received a solid education, did a year abroad in Vienna, which led to me winning a Fulbright Scholarship to study political science in Tuebingen, Germany. That led me to teaching English in Frankfurt. Which led me to working as a business journalist in Madrid. Which led me to moving to the San Francisco Bay Area in 1991. Which led me to getting an MBA at Stanford. Which led me to Silicon Valley, just as the Internet was taking off.

And not all that glitters is gold, either. I became employee # 258 at Yahoo in 1997. As a result, I earned quite a bit of money (nothing like $19 billion!) during the first dot com boom. But I know that having that money has led to some very serious problems and challenges in my life – both professionally and personally. This reminds me of the quote “If you think lots of money will solve all of your problems, then you’ve never had lots of money.”

As another example, I was diagnosed with very early stage prostate cancer on February 5, 2013. After I got the news, I cried for a couple of hours before contacting my family, drinking a bottle of Kendall Jackson chardonnay wine, and writing a long series of questions about my life, my legacy, my relationships, my regrets, as well as how and when I might die. These questions led to me doing presentations, which have evolved into my Happiness Workshop. I’m thrilled that I’m able to share my story, and be able to help other people as they struggle through their challenges and transitions – regardless of whether they’re 18 years old and anticipating college, or 76 years old and trying to realize their dreams while they still can.

But I know that I would not be doing this “good thing” of doing my workshops, if it had not been for me getting the “bad news” of my cancer diagnosis.  As a result, one of the “13 Practices” which I mention in my Happiness Workshop is “Be careful when you are tempted to judge events as ‘good’ or ‘bad’.”  What looked like a setback for job applicants Jan Koum and Brian Acton has turned into something very good for the founders of WhatsApp.

For you, dear reader, I’d like to ask that you think about major events in your life.

Write out “Really Great Things”, and then make a long list.

Then write out “Really Bad Things”, and make another list.

And then see how they are interrelated. I think you’ll find that the lists quickly become so intertwined that it’s hard to imagine really labeling anything as “good” or “bad” with confidence. Once you realize this, I hope that you’ll be able to handle life’s daily challenges with a sense of equanimity, and balance, and know that perhaps you can’t know. And that’s OK.

This is my first blog post. I really appreciate your feedback. Please email me to let me know what you think, and what other topics you’d like me to address. My contact info is here. Thanks!

Jim McCarthy teaches people how to create their happiness. He is a thought-provoking TEDx speaker and #1 bestselling author of the book Live Each Day: A Surprisingly Simple Guide to Happiness. He has presented his innovative and highly acclaimed “Happiness Keynote” to organizations of all sizes across the U.S. and internationally.

His talks aren’t just inspirational. Audiences take away practical strategies, science-based insights, and daily action plans — because happiness is a skill you can develop. Jim is recognized for his unique perspective — as a Stanford MBA, internet pioneer, and person living with a cancer diagnosis.

Jim’s session turned out to be a high point of our 2-day event. The team deeply appreciated this focus on their well-being, and many folks commented to me on the power of Jim’s personal story. I’m very happy we did it and I would recommend it to others.

Jim's Happiness Workshop was a tremendous experience. I highly recommend to others that they do this!

Brian Rumao
Chief of Staff to the CEO, LinkedIn

Thoroughly enjoyed Jim McCarthy’s Happiness Workshop, which introduced new, thought-provoking lessons. Already find myself adopting several of the practices every day. Highly recommended to anyone looking for an impactful and self-reflective session.

Jim is an amazing source of wisdom about sourcing, evaluating, hiring, training, motivating and mentoring teams. He built and ran two very high performance, valuable teams for me while we were at BlueLithium and Yahoo! together. I can’t recommend him strongly enough to companies looking to get more out of their employees.

The work we did in Jim’s workshop was an unexpected joy. It helped me to feel renewed gratitude for the life I’ve been able to live and that I’m living now.

“Jim’s Happiness Workshop not only taught us the many benefits of increasing our happiness levels, but he also shared simple, practical methods that we can use every day to achieve this goal. The feedback after the workshop was overwhelmingly positive, and I highly recommend Jim’s workshop for anyone looking for a transformational experience.”

Simple, yet powerful. It was the perfect closing for our Panama YPO presidential retreat.

To honor LGBTQ+ Pride Month and the 50th anniversary of the Stonewall uprising, I’d like to share … END_OF_DOCUMENT_TOKEN_TO_BE_REPLACED

I was delighted that the amazing Reena Jadhav chose to interview me for her podcast, entitled … END_OF_DOCUMENT_TOKEN_TO_BE_REPLACED

Do you have a “bucket list”? A lot of people maintain lists of things they want to do, be, or … END_OF_DOCUMENT_TOKEN_TO_BE_REPLACED

I remember working very hard for a Silicon Valley start-up. One day I heard the founder/CEO say in … END_OF_DOCUMENT_TOKEN_TO_BE_REPLACED

Think for a second about the older people you know – whether they’re your parents, neighbors, … END_OF_DOCUMENT_TOKEN_TO_BE_REPLACED